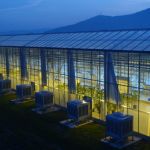 Since 1988, the prize Prix Image Entreprise is awarded to great companies standing out by their economic growth, innovation, financial health, development at international scale and their impact in terms of image for the region. This 26th edition was held during an evening Gala, before an audience of five hundred guests, businessmen and regional economic leaders, at the Stereolux in Nantes. This year, the jury of four partners, business managers, economic leaders in the region has awarded three companies with very different profiles.

For its 26th edition, on Monday December 2nd, the Prix Image Entreprise has rewarded three companies of the Pays de la Loire region. CMF has received the first award with Giffard (49) and SADEV (85). Organized by Alphacoms, LCL, KPMG and the Journal des Entreprises, the award ceremony was attended by more than 500 people in Nantes.